Celebrate the Mosaics of Life

Twenty years ago Lynda Bahr switched professions from being an interior architect in San Francisco to becoming a jewelry designer in the picturesque village of San Gregorio south of the city along historic Route 1. From her years of design and technical training as well as on-the-job experience, Lynda brought with her the knowledge and visual sensibilities of an architect and applied them to jewelry. 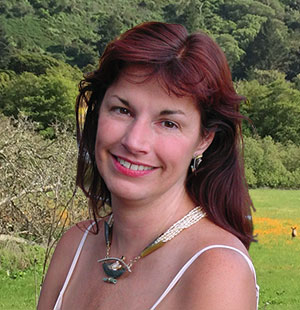 All Lynda’s work begins as simple pencil sketches but quickly develops a life of its own when translated into metal. She takes the rigid structures of architecture and combines them with nature’s unlimited palette and patterns to form a perfectly balanced, harmonious style.

Lynda received a Bachelor of Fine Arts from Syracuse University in 1977 and pursued further studies at Hornsey College of Art in London, England. It was during these months in London she discovered a whole new world. As she puts it, “My life went from black and white to color.” Lynda was able to travel to Florence and Siena which strongly reinforced her love of detail and color.

When asked which architect has most impacted her both artistically and philosophically, without a second thought Lynda states...Frank Lloyd Wright. “I love how he created the interpenetration of interior and exterior space, and his sense of scale all the way down to the fine details.” For example the Marin Civic Center, Taliesin West and the Johnson Wax Building all which have powerful structures yet are complimented by small details and liveability. After all, architecture and jewelry are both designed, built and engineered with the human body as the central focus.

Lynda Bahr Jewelry is sold in fine jewelry stores and galleries around the United States and her work has been featured in numerous jewelry industry, art, and craft publications for the past two decades. 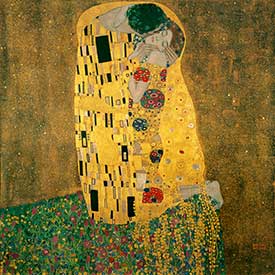 It is truly a work of art. I love all the elements. It is an heirloom that I will pass on to my daughter.